Free shipping on all orders within Australia by regular parcel post.
Due to current circumstances, Australia Post deliveries are taking even longer than usual. Thanks for your patience and understanding.
Shop now >>
Home > Articles > The amazing effects of Carbon 60 Olive Oil in humans

Listen in as Sarah Westall interviews Tom Martin, the founder of Carbon60OliveOil.com, on how he got started with Carbon 60, how he makes his Carbon 60 Olive Oil and lots of other fun facts about Carbon 60.

Some of the amazing things that Sarah and Tom discuss in this video include:

And so much more!

Check out the interview for yourself and discover all about Carbon 60 and Tom Martin’s ongoing passion with anti-aging technology.

And for more great reading on carbon 60 and its properties, browse our growing collection of carbon 60 articles.

And visit our shop to buy some Carbon 60 Olive Oil or some C60 Purple Power oils, in avocado and coconut. 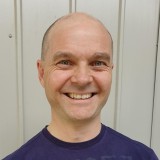 Paul grew up wanting to be an inventor, and studied Mechanical Engineering at university. He worked as a building services engineer and then moved into technical support. He began his journey of natural health optimisation after a regular health checkup showed he was headed for a heart attack, and he now has grand plans to die young at a very advanced age.