As of 1 July 2022, pricing on all of our C60 Purple Power products has increased to cover increasing costs from our supplier. Please contact us if you have any questions or concerns.
Shop now >>
Home > Articles > Carbon 60 fullerenes reduce allergic reactions

Allergic reactions in the human body involve a number of specialised cells in the immune system, including cells called mast cells and basophils.

Researchers examined the effects of Carbon 60 fullerene on the chemical reactions in the body that regulate allergic responses.

Specifically, they looked at Type 1 hypersensitivity, which is the response of the body to re-exposure to an allergen.

The mast cells and basophils that have been sensitised to this allergen release molecules that trigger an inflammatory response and result in the typical allergic symptoms experienced by many.

Many of the commonly available allergy medications aim to neutralise or prevent this response, in the form of anti-histamines, H1-receptor blockers and anti-IgE substances.

Before commencing their allergy studies, the researchers first tested the toxicity of Carbon 60 on mast cells and basophils, and found that C60 was not toxic to either type of cell.

They then soaked mast cells and basophils in a solution of C60 fullerenes and found that it significantly reduced the release of the molecules that would normally create an allergic reaction.

Carbon 60 fullerene is known to be one of the most potent free radical scavengers, acting as very effective “sponges” in diseases that involve reaction oxidative species (ROS).

They checked whether the effects they were seeing were because the Carbon 60 was physically blocking binding of important signalling molecules to the surface of the cells, but found no such effect.

Instead they concluded that the Carbon 60 was directly inhibiting the signalling pathway that would normally lead to an allergic reaction.

They also found that the Carbon 60 moved across the cell membrane and had their effect inside the cells.

There were also multiples substances that are normally released by cells during an allergic reaction, that were reduced by 50 to 100 times in the presence of Carbon 60.

They also found evidence that C60 fullerene molecules also reduced the levels of reaction oxidative species (ROS) in the cells, which are elevated during oxidative stress and are responsible for many of the effects of stress, aging and illness.

Using a strain of mice that are used to study anaphylaxis, they also found that injecting them with fullerene, inhibited the normal anaphylactic response, by preventing the release of histamines, the chemicals normally responsible for the inflammation and symptoms experienced as part of an allergic reaction.

In addition, the typical drop in core body temperature that is normally seen when these mast cells are activated was also prevented by the presence of fullerenes.

They also noted that there were no adverse effects on the mice that were injected with Carbon 60 fullerene.

The researchers concluded that Carbon 60 fullerenes could be a new way to control allergic responses in the human body, with implications for diseases including asthma, inflammatory arthritis, skin allergies, hay fever, heart disease, multiple sclerosis and other autoimmune diseases. 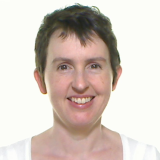 What others are saying...